Interest and infatuation are good things. They’re the necessary first building blocks of a good relationship, but once you have those things, the next thing you need is chemistry. In this article, we’ll explain exactly how you can CREATE chemistry with the man you’re interested in, through nothing more than conversation. If that sounds intriguing, then read on.

First, you’ve got to understand exactly what chemistry is. Chemistry is a bond, with a sexual charge. That’s’ it. If you can create that, you can create chemistry. So the first step in creating chemistry with a man you’re interested in is to start up a conversation. It doesn’t matter if he approach you first, or if you approach him. The first thing you want to do is get to know each other. To find out a little bit about what makes the other person tick. 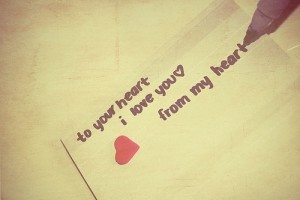 Find Out What He’s Passionate About

That’s all you need to say to start a great conversation. Whatever the answer is, you’ll learn something new, and probably interesting about this man.

You may learn that he’s not for you, and that’s fine. If his answers don’t do anything for you, or if his passions are just something you can’t relate to, then you know. No harm done.

One of the biggest mistakes that women (and men) make is that put all their cards on the table in one go. It’s’ like receiving this giant data dump of the other person’s life. It’s too much, too fast. Slow things down. Parse it out. You want to learn about him and how he thinks, and you also want to answer the questions you ask, so that he gets a chance to learn about you, but you want to pace yourself here. Leave him hungry and curious for more. That’s how second dates happen (and yes, you should consider this initial conversation “your first date.”

Don’t be afraid to use hypotheticals. They’re a great way to really find out the inner workings of someone else’s mind. These can be most anything, but the one that gets used most often is the “What would you do if you won the power ball lottery?” How would you spend the money? Be ready for an answer, and more importantly, be ready to answer the question yourself!

But What About the Chemistry?

So far then, all of the above has just been about creating a bond and finding out details about the other person, but I promised you a method to create chemistry, and so far, I haven’t delivered on that promise.

Well, here it is.

After you’ve conversed for a while…long enough that you begin to form an opinion of this person, if you decide you’d like to create chemistry here, all you need to do is turn the conversation toward sex.

You can do that using hypotheticals, above. One possibility is to ask this question: “Let’s’ say you live across the street from a park, and one evening, as you’re passing by your window, you notice a couple going at it hot and heavy under some trees. They’re obscured from the road, but from your particular vantage point, you can see everything that’s going on. What do you do? Do you watch to see if they’ll start having sex, or do you close the blinds?”

There are no “right” answers to this question. Whatever the answer, you’ll learn something, and you can play off that answer to keep the conversation going. On the one hand, he might say that hell yes he’d watch. If so, you’ve learned an important thing about your new man’s sexuality. If he says he’d’ close the blinds, you could follow up with, “Yeah, it’s a private thing, even if they’re doing it in public. I respect that.” 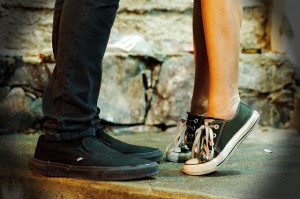 Again though, the answers aren’t really important. What’s’ more important is that now that the sexual question has been asked, he’s going to be putting himself into the question mentally, with you.

YOU are, in his mind, the couple about to have sex in the park. and that’s what he’s going to be thinking about when he goes home later that night. Chemistry. Pure and simple.