So this question comes up a lot. When is it okay to have sex on the first date?

The answers is simply, “whenever you want it to be okay,” but there’s the rub. If you’re honestly looking for a long term commitment, then sex on the first date is a nonstarter for a number of reasons.

Primarily though, it’s that no matter what the guy says, and no matter how “liberated” his views on sexuality are, if you go there on the first date, there’s going to be this nagging question mark in his mind about how often you actually do that. Yes, that question mark will be there even if you sheepishly exclaim that you “never do that sort of thing.”

It won’t matter. The deed, as they say, is done, and the question will hang there, casting a long shadow over your relationship, for however long it lasts. 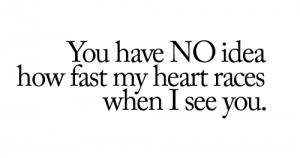 Madonna and the Whore

Don’t get me wrong. Men do it, and they’re fine with it. It’s the age-old double standard. Men who sleep around, and have sex on the first date are “studs.” Women who do the EXACT same thing are sluts.

Again, it doesn’t matter what the new man in your life says, the bottom line is that men are hardwired (some would say, poorly wired) where sex is concerned. They want a lady in public, and a freak in bed, but we’re talking about long term relationships here, and in the back of the man’s mind, you’re just not a lady if you put out on the first date.

That doesn’t mean he won’t. If you make it clear that you’ll have sex with a man, nine times out of ten, he’ll have sex with you. What he won’t do is consider you viable long term relationship material after that. You’ll be put in the “late night booty call” category, and that’s where you’ll remain forever.

The fact is that regardless of what you may have read or heard about men and relationships, most of them genuinely want to commit. They want to settle down with the right person. It’s that last part that trips so many women up. With the RIGHT person. I’m not really sure why it trips women up, because isn’t that the exact same thing you want? Mr. Right?

So there it is. Men are looking for Mrs. Right, and the Golden Rule is, “Mrs. Right doesn’t put out on the first date.” If you’re not looking for a serious relationship, and the chemistry is there between you and the man you’re talking to, then by all means, enjoy! Just know that you’re poisoning the well if you think you might actually want something long term with this man. The safe answer then, is to wait. Give yourself time (at least a date or two) to see if you may want something deeper.

I know what you’re thinking. Sometimes, you meet someone you just connect with. After five minutes of talking, it feels like the two of you have known each other forever, and there’s chemistry! You can feel it in every glance and casual touch.

The answer, however, is still the same. No matter how much chemistry there is, if you want to be considered a viable long term partner by a man, you’ll refrain from having sex on the first date. The presence of chemistry is not an exception.

Depending on who you read, you’ll probably find different advice. I’m sure someone out there has a “success story” about having a fabulous long-term marriage after she and her husband hooked up on the first date. 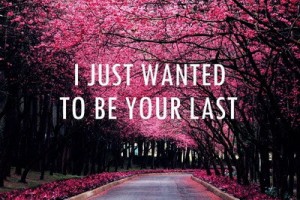 While that might happen now and then, and while there might be the occasional (very occasional) man out there with views on sex that are different than the ones outlined here, if you play the percentages, then the right answer is to wait.

Sorry to be a buzz kill, but there it is.