Every journey begins with a single step. That’s true of life in general, and it’s true of relationships. Every great relationship that has ever existed, or will ever exist, started out with boy meets girl, stealing glances from across a room (crowded or otherwise), until one of them works up the courage to come over and strike up a conversation.

Then question then, is how to make those conversations more likely to happen? And when they do happen, how do you keep it interesting, because keeping it interesting is the key to creating infatuation. Below, we’ll show you some simple tricks for how to do just that. 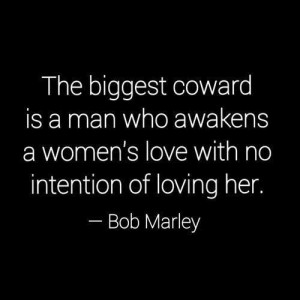 Get In The Game!

So let’s start with the basics. You can’t create infatuation if you’re not even playing the game, and yes, you SHOULD look at it as something of a game. It’s the love game. The match game, and you’re playing to win a lifelong relationship. That’s the reward waiting for you at the end, so get to it!

No one is going to wander up to the door of your home or apartment, knock on the door, and fall madly in love with you. That might make a good movie plot, but in the real world, it just never happens, which means, of course, that you have to go where the love of your life might be!

You’ve got to get out there and, if not start actively looking, then at least be in a place where you can be found. Set aside at least one evening a week for this purpose, and more if you’re able to.

It could be anything from spending an hour at the food court, to settling back in a comfy chair at your favorite book store, or anything else that interests you. The important thing though, is to get out!

It’s not enough to get out. Here’s something you probably don’t know. Guys are not as confident as you think. It takes a lot of guts and nerve for them to walk up and say hello. Odds are, if you’re with a group, even if a guy is interested in you, he’s not going to bother.

Why? Because all of your friends represent an audience. It’s bad enough to get shot down one on one, but few guys will risk getting shot down in full view of your entourage. Most of them simply won’t even approach you!

If you’re following the advice above about “getting in the game,” then brining along one, two, or six of your besties works against you, because even though you’re “out,” you’ve also made yourself largely unapproachable by surrounding yourself with your posse. If you do see a man looking and smiling at you, and you think you might be interested, take a moment to separate yourself from your friends and catch the man’s eyes and smile as you do so. That gives him an opening that, if he’s genuinely interested, he can approach you.

Note that this says be chatty, not catty! Remember when we said above that every great relationship started with a conversation? It’s true, but why leave it to chance, or to the man you’re interested in to start that conversation? You can literally more than double your chances if you’re willing to make the first move and say hello. Do that, and when you do, here are three ways you can catch his interest.